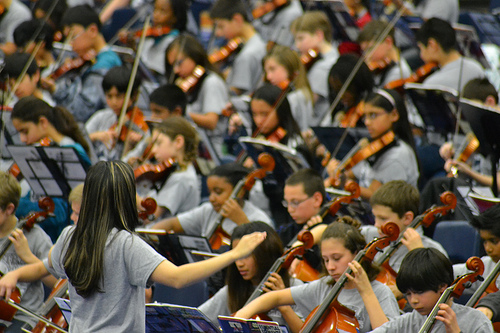 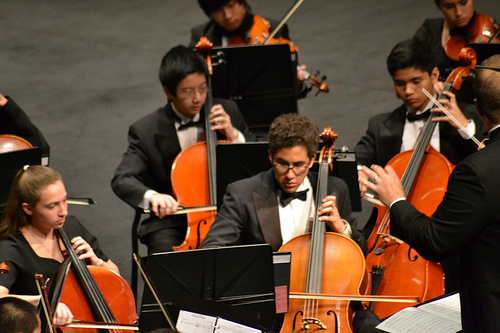 Performing Arts in Allen ISD begins at the elementary level – where students participate in band, orchestra or choir in 6th grade.  Beginning in middle school, students have the opportunity to continue their involvement in the performing arts – three middle schools offering leveled musical groups, extending through the freshman center and high school.  Students are also given the opportunity to participate in various activities such as athletics, dance, and theatre.  Many students are able to participate in multiple activities and are not limited to one choice.  A district-wide philosophy of participation and inclusiveness with cooperation from all directors, teachers, coaches, and administrators is the hallmark of Allen ISD.  Holistic learning is the main objective for our music programs throughout the district.  The Allen community, which supports a professional symphony orchestra & chorus, as well as our school music programs, has an appreciation and commitment to the arts. Team teaching and vertical alignment in all performing arts programs promotes consistency and excellence in the education of our students.  The success of the music program has proven this philosophy at the community, state, and national level. In 2011,  2015, and 2016,  Allen HS received Grammy Signature School Awards for music excellence and in 2014, the Allen HS Orchestra received the American Prize in Orchestral Performance (High School).

Paperpunch Theme by The Theme Foundry